Just before half term the children attended an Online Safety assembly where they talked about being good digital citizens. They found out the following:

- A digital citizen is anyone who uses the internet

- Being a good digital citizen means following our online safety rules and...

​- Having a kind heart, so they use kind words and are polite.

- Having a warning tummy which tells them when something they see online doesn't seem right.

​- Having a thinking brain, so that they tell a trusted adult when something they see online makes them                feel uncomfortable.

Please could you reinforce these at home and remind your child of them when they use the internet.

In assembly this afternoon the children were reminded of the basic rules for staying safe online and we would appreciate you reinforcing the following rules at home:

The children have been shown a child safe search engine that filters out unsuitable content. https://www.kiddle.co/ also aims to show information most relevant to children with easy to read text and from children's sites such as National Geographic Kids. You may wish to encourage your child to use this site at home. 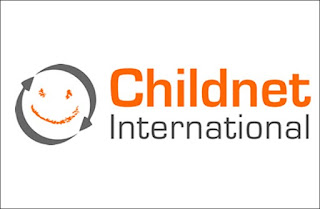 The internet has evolved so much since its creation that combined with new technology many things have become much more easier in life. If you are lost then you can look at Google maps, if you are hungry you can now order by tapping a button on Just Eat and if you want to speak to someone abroad you can do it for free via Skype. However, the internet can also be a dangerous place, especially to children, who may not understand how certain parts of the internet work, just like the ever-increasing world of livestreaming. A report by the child charity, Childnet, has produced a report following their survey from children aged 8-17 years old about livestreaming. Livestreaming is when a user can 'Go live' to just their friends or can make it open to public viewing. 33% percent of 8-17 year old said that they had livestreamed before, whilst 1 in 10 of the children told Childnet that they had livestreamed in the last day.

Here are some of the key findings that Childnet has from their survey:     If you're going to watch a livestream then remember that you won't know exactly what will happen in the stream as it is live and therefore there won't be any filters on the video, such as foul language that could be used.

Secondly, if you decide to livestream then make sure you don't disclose personal information if your video is public and make sure that you choose who you share your stream to carefully.

Welcome to this page, designed to give you some pointers on using technology safely. Included below is the draft school e-Safety policy, an agreement for you to read through about your own child/children's use of the internet, as well as some potentially useful links to websites that discuss Online Safety issues. More will be added as the term progresses so please keep an eye out for new documents and links.

Please find below a link to an advice site called ‘netaware’ which provides information about social media sites and highlights potential dangers.  If internet safety is an issue that you are worried about please do not hesitate to contact the school and we will do all we can to support you.

Stay up to date and keep your child safe in today’s digital world. This site allows you to click on and understand the issues and possible dangers that your child might face if using a particular site.  Just put the name of the site your child is accessing into the search engine and click to see advice about the site, and what you can do to make your child’s use of the site safer.

This article may be helpful if your child enjoys playing gaming sites, especially Minecraft.
Staying safe on Minecraft | ParentInfo

The Prevent Strategy - An important read for all parents

How to childproof your iPad or Android tablet

ConnectedRogers.ca Editor-in-Chief Derek Malcolm demonstrates how you can childproof your tablet. Set restrictions and control what content your kids can access with these easy-to-follow tips.

Unfortunately not the ones with chocolate chips.

Some cookies are necessary in order to make this website function correctly. These are set by default and whilst you can block or delete them by changing your browser settings, some functionality such as being able to log in to the website will not work if you do this. The necessary cookies set on this website are as follows:

Cookies that are not necessary to make the website work, but which enable additional functionality, can also be set. By default these cookies are disabled, but you can choose to enable them below: